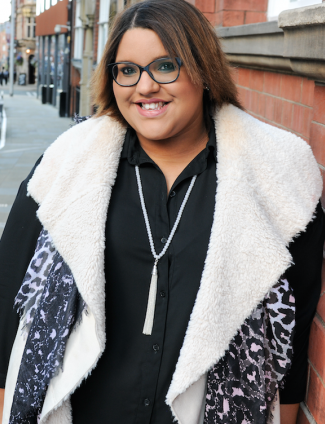 Having been both agency and client-side prior to EAST VILLAGE., Tara has worked with local independent retailers, internationally renowned fashion brands, acclaimed entertainment and event venues, large scale exhibitions, and everything in between. Tara founded EAST VILLAGE. in 2013 with the ambition of creating an agency that centred around a strong team culture and delivering… PR with personality.

She is well-connected across the city and wider region, having been chair BPS Birmingham Future, the membership organization for Birmingham’s young professionals, and Board member for BPS Birmingham, which champions the sector and focuses on attracting and retaining talent. Tara sits on the Board for Colmore BID, the business improvement district for the city’s commercial quarter, and is a member of the BID’s Place Marketing Group, helping to showcase #ColmoreLife.

In addition to running EAST VILLAGE., Tara also owns a publishing group that runs three business news websites – MBN Online – which she does with her fiancé, Olly.

She is passionate about charity and is a founding director of homeless charity, Let’s Feed Brum; as well as Ambassador and Service Patron to LoveBrum, a charity that unearths hidden gem projects in the city. She also supports Breast Cancer Haven, West Midlands and Mariposa Trust with marketing and events.

Tara also won CIPR Outstanding Young Communicator 2010, was nominated for Birmingham Young Professional of the Year in 2011, and was up for Business Woman of the Year at the 2017 Birmingham Awards.