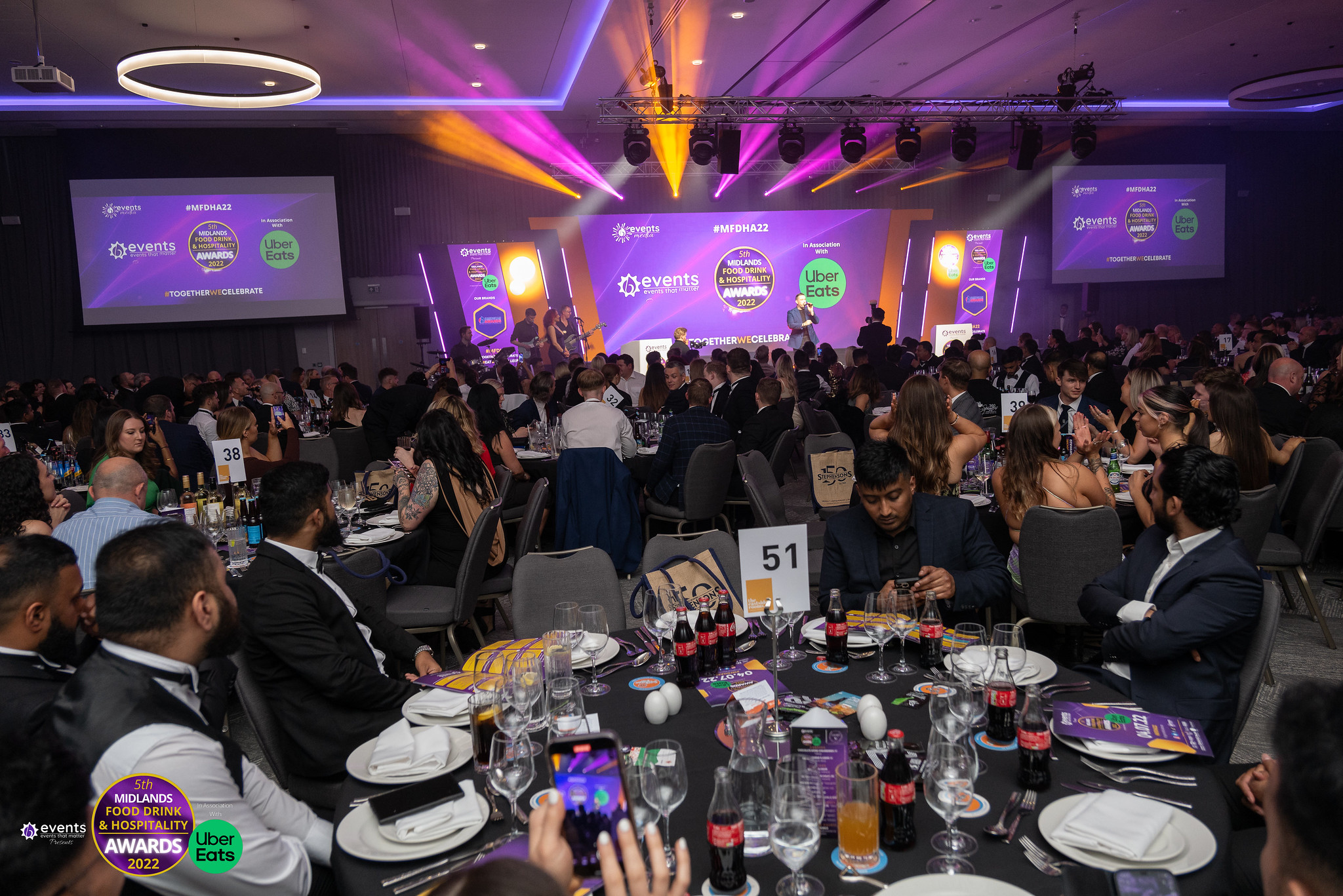 The Midlands Food Drink & Hospitality Awards returned this week after a two-year hiatus, crowning the best food and drink venues across the region. Thirty awards were handed out on the night, celebrating the industry’s resilience over the past few years.

The annual event, which is organised by B EVENTS, took place at Eastside Rooms in Birmingham and welcomed over 600 guests. A sell-out success, this year’s Midlands Food Drink & Hospitality (MFDH) Awards provided an evening of celebration for the region’s hospitality heroes, with host Ed James (Heart FM) at the helm.

This year’s Lifetime Achievement was a posthumous award for Chris Giles, owner of The Butler’s Arms in Sutton Coldfield, who sadly passed away earlier this year. Tribute was paid to the much-loved publican by Tony Elvin, one of this year’s MFDH Awards judges and a friend of Giles, who collected the award on behalf of the Giles family, who were also in attendance.

“The return of the Midlands Food Drink & Hospitality Awards was special for so many reasons, but being able to celebrate the life of Chris Giles with his family and friends in the room, really was a heart-warming moment.

The past few years have been so challenging for the hospitality sector – not least with the effects of the pandemic, Brexit and now the rising cost of supplies. It was important for us to bring back the event and celebrate people who have worked tirelessly to provide fantastic food, drink, and experiences for people up and down the region.

A huge ‘congratulations’ to every single winner on the night and a big thank you to our sponsors, supporters, and attendees. What a return it was!”

The MFDH Awards is now in its sixth year, having been founded in 2016 to celebrate the region’s food and drink scene. Every year, the event has grown in both numbers and the broadened scope of businesses celebrated, and it has become synonymous with celebrating passion, pride, and resilience throughout the sector. The 2022 saw Acorns Hospice chosen as its beneficiary, with over £4,500 raised on the night for the charity.

Click here to see photos from the big night.

The full list of this year’s MFDH Awards winners are: