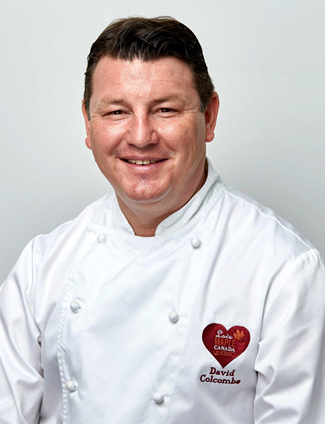 David is a member of the Royal Academy of Culinary Arts and the British Culinary Federation, as well as an Honorary Fellow and visiting professor at University College Birmingham. He has previously cooked for G8 leaders and ran a successful 2 AA restaurant for 10 years, which he grew to include a café bistro and a bar. The British Culinary Federation awarded the prestigious Louis Copolla Award to David in May 2015, for ‘the greatest contribution to the profession’.

David is Chef/Operations Director of award winning international PR consultancy, Liquid. He heads up the food team across the Birmingham, Jersey, Guernsey and London offices and works with a variety of trade bodies, retailers, producers and chefs, this includes being the UK chef ambassador for Maple from Canada.