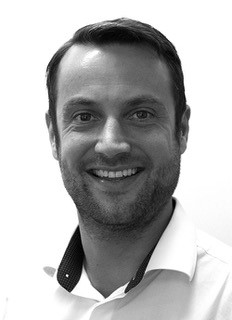 Conrad is undoubtedly one our  biggest champions of the food, drink and hospitality scene in Birmingham. Conrad entered the catering and hospitality industry at the age of 14 when he started working as a pot wash in a local pub. This led on to basic kitchen prep, restaurant service and eventually bar work. Conrad always held down part time jobs while at school and college including working at ‘Simpson’s’ (1 star Michelin) and ‘Bank’ (2 Rosette) as a waiter. His passion for the industry led him to study and gain a 1st class BA (hons) in Hospitality and Food Management, a four year degree, at Birmingham College of Food. His course included a year in industry which Conrad spent training as a chef in a 1 Rosette kitchen, he also carried out 8 weeks of work experience at the 3* Michelin, No 1 restaurant in the world – The Fat Duck.

Having joined ‘Mitchell and Butlers’ trainee manager programme and placed in a very busy gastro pub Conrad advanced to deputy GM quickly and implemented standards of procedures which were rolled out across the group. Having been headhunted for his first GM role and completed the preopening of Après Bar Broadway Plaza, Conrad identified a gap in the market in Birmingham for a top quality, modern British take away, which specialised in fish and chips and he opened ‘Great British Eatery’ (GBE). In February 2010 GBE was named England’s No.1 fish and chip shop – the highest accolade that any shop can achieve.

He made the move into hospitality and catering recruitment in 2012 and is now Managing Director at Tonic Talent. Conrad and his team recruit the best talent for Hospitality and Catering business’s across the region and UK. Conrad is Birmingham born and bred, his knowledge of the Birmingham Food and  Drink scene is second to none, and he is proud to champion all things ‘Birmingham’.