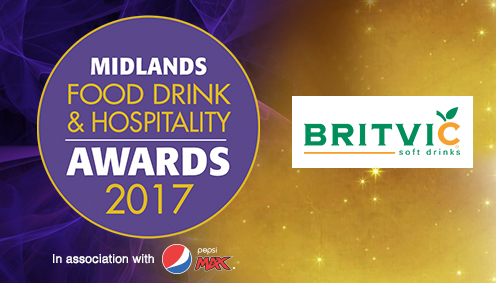 Pioneering soft drinks company Britvic will be joining our esteemed list of sponsors for the Midlands Food, Drink & Hospitality Awards.

Britvic has a robust portfolio of brands, including Robinsons, Tango and J2O and has operations in Ireland, France, Brazil and Great Britain.

The MFDH is an inaugural awards ceremony aiming to recognise and reward the very best names in food, drink and hospitality. These can be restaurants, café, bars, pubs and more who have proved themselves as leaders in their fields for their outstanding menus, settings and service.

The MFDH was grown out of the BFDH, the Birmingham Food, Drink and Hospitality Awards which was expanded to include the entire Midlands due to such popularity and demand.

The MFDH awards will be taking place on Monday 26th June at the Edgbaston Stadium.

Don’t forget nominations are open so if you would like to nominate yourself or know of someone else that deserves to be nominated, you can do so via our website: www.mfdhawards.co.uk. The closing date for nominations is Friday 28th April 2017.

For any more information, please get in touch by calling: 0121 392 8362 or emailing anita@mfdhawards.com